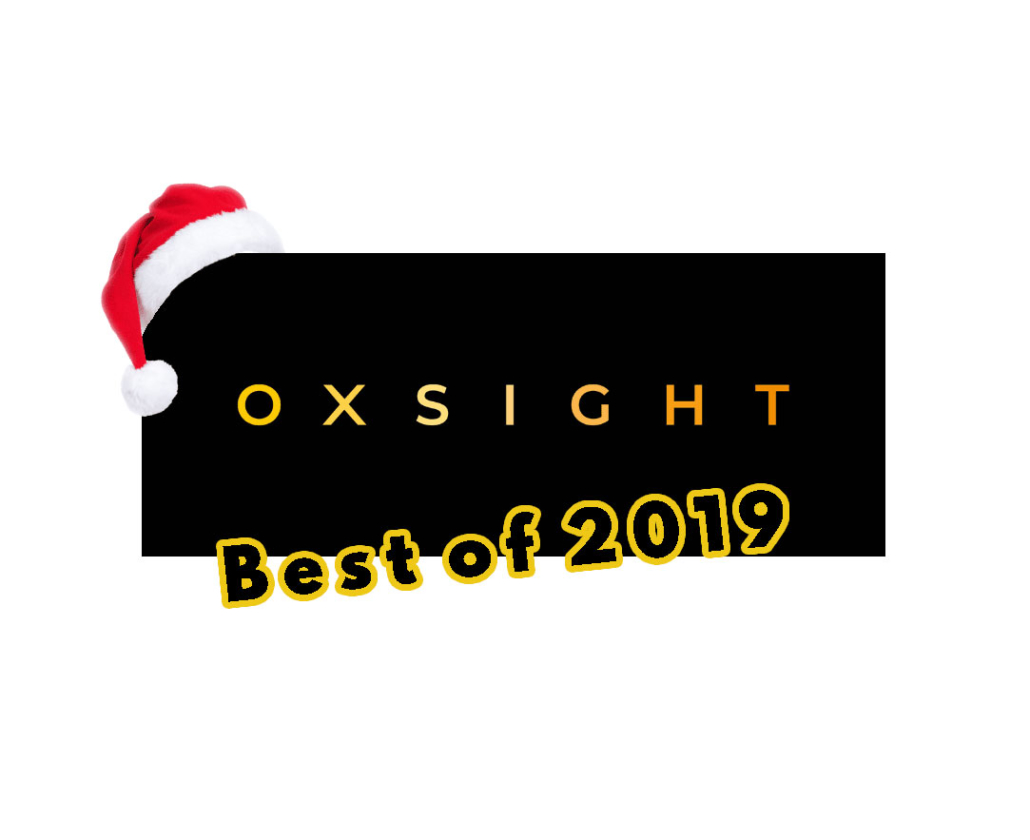 2019 has been an eventful year for OXSIGHT and we would like to thank all of you for your encouragement and words of support.

This year has been great for us and we could have done any of it without you.

Here are some of the highlights of OXSIGHT’s 2019.

We kicked this year off with a bang by discarding the old, clinical teal and white colour scheme to bring you a silky luxurious black and yellow ensemble. This change reflects our mission to not only bring you the best solution for your visual impairment, but also provide service and customer care of the highest standard. We care about every aspect of your interaction with OXSIGHT; from community all the way to clinical.

It’s surprising to think back that earlier this year in February is when OXSIGHT officially launched. It was held at The Taj Hotel, London and we had the honour of having the Blind Poet Dave Steele host the event. In 2019, OXSIGHT’s Shaun took on the unenviable challenge of running 20 marathons before the end of 2020. He took on all comers, from local events to national races.

The highlight of the year for Shaun was undoubtedly his run in the London Marathon in which he not only finished (which is a feat in itself), but also smashed his personal best by over 20 minutes. With still half his runs to go, we wish Shaun all the luck in the world for the rest and hopes he continues to improve on his times. This year was the year that OXSIGHT truly went global.

Although we already had users from outside the United Kingdom previously, 2019 saw the official launch of OXSIGHT in both China and India, allowing us to drastically increase the number of people in the visually impaired community we are able to reach. It’s no secret that there are other companies that make smart glasses for the visually impaired. But what makes OXSIGHT stand out is the recognition and support that we have gotten from the community.

In particular, the Royal National Institute of Blind People (RNIB) put our glasses through rigorous testing and as a result, we were awarded with their unique RNIB Tried and Tested certification.

Not only are we the first wearable technology to be awarded this prestigious accolade, but it indicates that our glasses have been tested both against RNIB’s internal guidelines and by blind and partially sighted people to ensure it is usable and accessible. It is a tremendous honour and one of the highlights of our year.

Night at the theatre for the visually impaired

To raise awareness for accessible entertainment and in conjunction with World Sight Day 2019, OXSIGHT teamed up with Manchester Opera House and Henshaws to give ten registered blind individuals the chance to experience the musical “& Juliet” before its West End debut. The lucky individuals were given the opportunity to watch the entire show with the help of OXSIGHT glasses and then taken backstage to meet the cast and experience a touch tour. OXSIGHT currently have 2 products on the market: the Prism and Crystal. These are great for those with peripheral vision loss, but less effective for those who lack central vision.

Because we simply cannot bear the thought that there are parts of the blind community that we can’t potentially help, our tech team have been hard at work creating a solution for those with central vision loss.

Progress has been excellent and we have already begun user testing with the final product being available early 2020.

2019 has seen OXSIGHT take a huge step in terms of overall growth. Our glasses are used on 4 different continents, our users number in the hundreds, and we are now able to provide our services to over a third of the world’s population.

Our community has grown immensely and this is all down to you and all the support you have given.

So in the spirit of the holidays, OXSIGHT would like to thank you and wish you all a Merry Christmas and a Happy New Year!